In January 1888, a special meeting was called to consider establishing a Union Church. Forty residents had signed the call. A committee was appointed to study the feasibility of such a church organization. The D. L. and W. Railroad offered its new station on Ridgewood Ave for holding Sunday services.

Our original membership was a blend of Methodists, Episcopalians, Dutch Reformists, Presbyterians and one Congregationalist. It would seem amazing, then, that we became a Congregational Church. The charter members recognized the need to blend ideas and ways of worship. In looking back, future speculation was that Congregationalism was selected because of its adaptability, not having a prescribed type of doctrine or form of governance found in other churches of the times. The objective was to establish an ecumenical community church.

As a result, we became a church that provides a spiritual home for all Christians to find rest, comfort and strength while respecting others' beliefs. A truly United Church in an active, small town with a true community spirit, very similar to the original apostolic churches that were "parish churches" based on the friendliness of neighbors, drawn closer together in charity and a common faith in Jesus Christ.

Our first church building was dedicated in October 1890. The original building was replaced in 1902 by a larger building, which was further enlarged in 1914 containing the sanctuary where we worship today. Our Sunday School wing, chapel and fellowship hall were added in 1953.

In 1957, Glen Ridge Congregational Church joined with churches of several Protestant traditions to form the United Church of Christ. 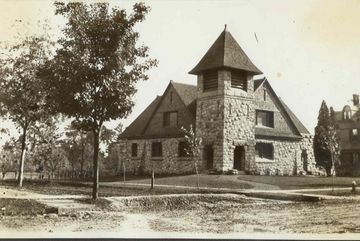 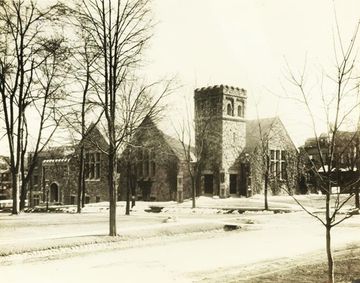 Our Growth
United Church of Christ

No matter who you are or where you are on life's journey, you are welcome here!

There are some things a congregation can do better in concert with other congregations. In the 1950s the Congregational Churches joined with several others to make a denomination, the United Church of Christ. The UCC is a fellowship of congregations to assist its member congregations in missionary work, education and the placement of ministers.

Learn more about the United Church of Christ